When Was Spikeball Invented? 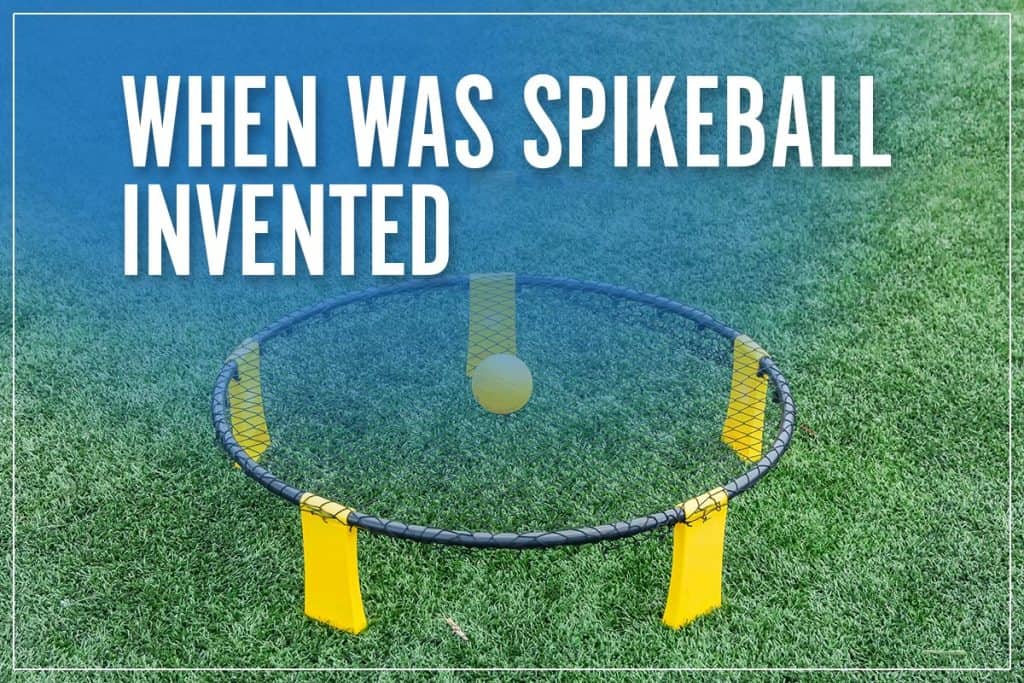 Spikeball had an unusual beginning as a sport and it wasn’t until recently that it gained widespread popularity and people began learning more about it and playing it. If you like to play the game, you probably want to know some basics. When was Spikeball invented? You’ll find the answer to this question and some more details on the origin of this game in this article.

We’ll assist you in tracing the origins of Spikeball and its ascent to popularity. Let’s discuss the history of the sport so that you can better understand how long the game has been around. Continue reading to learn other interesting facts.

The History Of Spikeball: The Rise Of The Sport 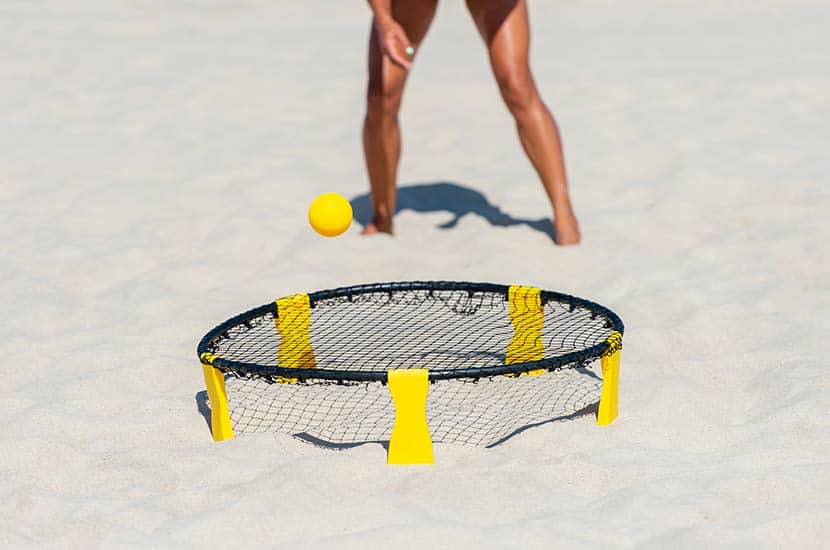 The game and the rules of the game were invented in the twentieth century, but who invented it, in what year and where? You’ll find out below.

When Was Spikeball Invented?

Spikeball was invented in 1989 and has only recently become widely popular. It was popular for about 4 – 5 years before becoming obsolete. It wasn’t until 2008 that Chris Ruder became interested in the game and reinvented the playing equipment to make it more high-quality and exciting. Since then, it has been on TV shows and won praise from well-known sports performers.

Who Invented The Game Spikeball?

Jeff Knurek, an American toymaker, invented the game of Spikeball. He created it and Tomy, a Japanese entertainment company, handled the commerce. Despite a brief period of widespread growth between 1989 and 1995, its popularity swiftly declined because of outmoded technology. Chris Ruder, the CEO of Spikeball Inc., revived the sport almost ten years later.

Where Was Spikeball Invented?

Spikeball was invented in Chicago, Illinois, the U.S. This was the popular, newer version of the game, which was revived by Chris Ruder, the CEO of Spikeball Inc. This company sells kits that include balls as well as mini trampoline-style nets. Spikeball was an obscure 1980s game created by Jeff Knurek, a toymaker and cartoonist who did not patent his invention.

The Game Name: Why Is It Called Spikeball?

It is called Spikeball because it is played two-on-two by “spiking” a tiny tennis ball across a circular net like a miniature trampoline. There are two names for the game, Spikeball and roundnet. Even though other brands refer to this sport as roundnet and there is only one Spikeball officially, people still use both names because that is how it first became a hit.

Click the following link to read more about the Spikeball rules.

Spikeball As A Sport 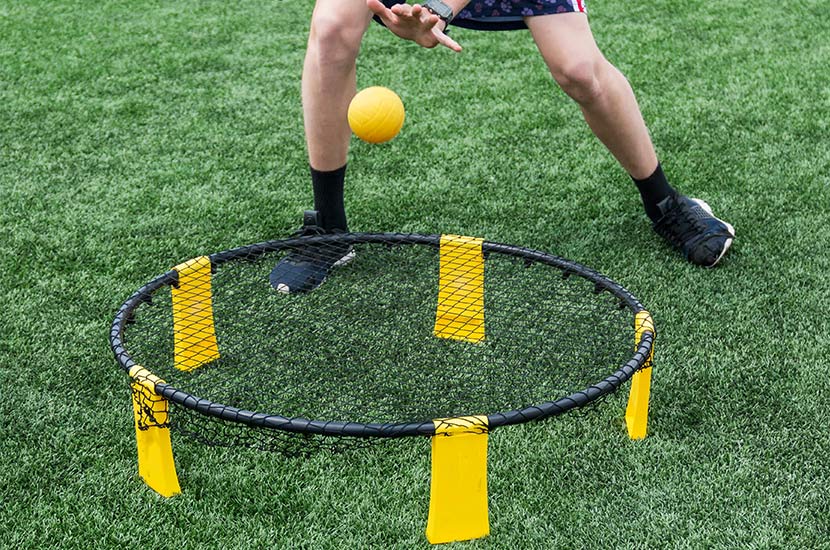 Roundnet, also known as Spikeball in the commercial world, is a sport that provides numerous physical and health benefits to its participants. When it gained considerable popularity, people started playing it more and more.

There’s no denying that the roundnet game has been around for three decades, but it has become massively popular and widely practiced only in the past 13 years.

Click here to learn how to set up Spikeball.

A Brief History And Origin Of Spikeball 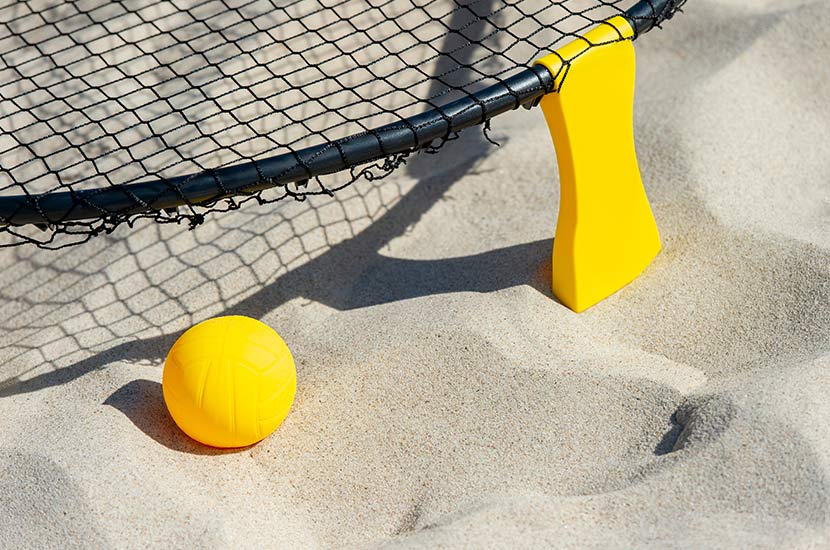 Spikeball, previously known as roundnet, was created by cartoonist Jeff Knurek in 1989 and distributed by a Japanese toy company. The game faded away in the mid-1990s due to a lack of social media to help spread the word about this cool game worldwide. Chris Ruder revived the game in 2003 in Chicago and gave it the name Spikeball.

The Revival Of Spikeball And How Spikeball Became Mainstream 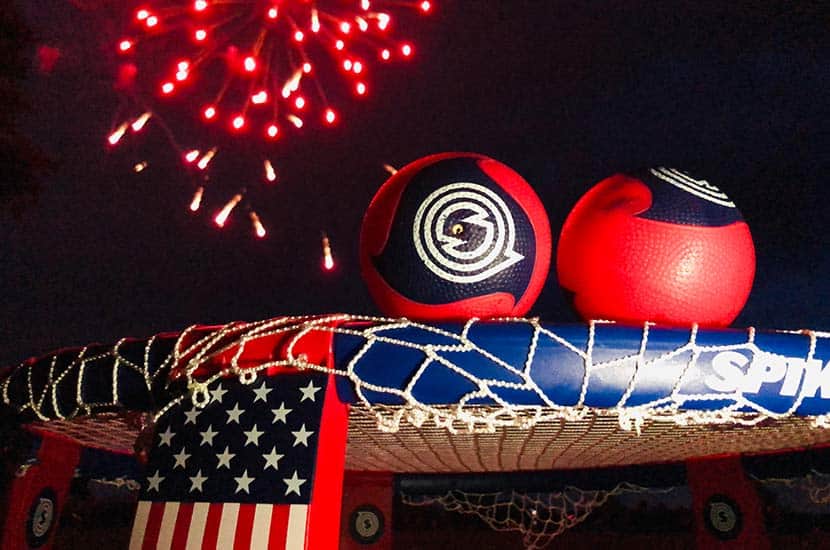 Spikeball Inc., an American sports company that manufactures and sells roundnet equipment, was founded and led by Chris Ruder. After discovering that roundnet was not patented, he made a move and paid $800 for a patent for the game. After a few years of market research, improvements on the Spikeball set and redesigning of the old equipment, he began marketing and selling it as such. Chris invested $100,000 in the Spikeball company in 2008. He was able to raise funds from his own savings and the savings of five of his friends.

In the next five years, they had more than $1 million in annual revenue.

Although it was already popular and profitable, the game became mainstream after appearing on the Shark Tank Show in 2015. Following that, shows and publications such as Dude Perfect began featuring Spikeball, further amplifying the sport’s mainstream media popularity.

Click this link to find the best Spikeball sets.

When it comes to Spikeball and other brands creating similar sets, there are a few others that have gained significant popularity in recent years. Slammo is the most successful Spikeball competitor, selling comparable equipment at a lower price. As a result, the brand became well-known as an alternative to the original game. However, veteran players prefer Spikeball due to a few differences in the set and overall quality.

There is also Bounceball, which is mostly popular in Brazil, and Revol, which is also a hit but not as much as Spikeball.

Click here to read about the differences between Slammo and Spikeball.

When Was Spikeball On Shark Tank?

Spikeball was on Shark Tank on May 15, 2015. It appeared in the final episode of Season 6. The CEO of the business, Chris Ruder, entered the Tank with other employees and players for an unforgettable experience. The game was already popular and profitable then, but after appearing on this famous TV show, it started selling increasingly.

Jeff Knurek invented Spikeball in 1989. It was popular in the 1990s, but soon after that, the game started to lose popularity. In 2008, Chris Ruder became interested in the game and reinvented the playing equipment to make it more high-quality and exciting. This gained widespread attention and Spikeball became popular everywhere.

What Was Spikeball Originally Called?

Spikeball was originally called roundnet. It is a type of net sport. You can play the game two-on-two with a taut hula hoop-sized Spikeball net between the teams. A point is started when you serve the ball down on the net, causing it to ricochet up at your opponents. The returning team has to return the ball onto the net.

What Sport Is Spikeball Inspired By?

Spikeball is inspired by volleyball teamwork, four square hand-eye coordination and the physicality of a cardio workout. It was invented in 1989 by Jeff Knurek. The equipment he designed for the game became obsolete and lost popularity in 1995. Spikeball Inc. began promoting the sport in 2008, bringing it back to life.

The game of Spikeball was ahead of its time and it has become so immensely popular that people now play it in tournaments. So, when was Spikeball invented? The 20th century is the answer, but we have also provided a general historical background you need to know about. Now that you know everything about the invention and origins of the game, you can just set up the game and you’re ready to play it with friends in your free time.